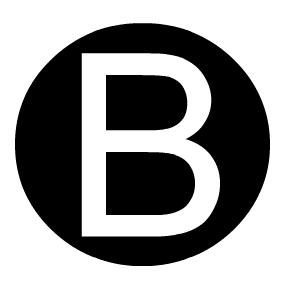 Secretary of State Mark Ritchie joined a panel of experts to discuss proposed legislation (UPDATE: now signed into law) to create a new class of business in Minnesota. The “public benefit corporation” allows for businesses with shareholders to set a community purpose as a primary business driver, abrogating the perceived risk of a shareholder lawsuit if the publicly held company chooses to emphasize social good over shareholder value – though of course the purpose of a benefit corporation may well be to achieve both things. Where nonprofit corporations must provide a public good and prohibit private inurement, the benefit corporation might bridge a gap and allow equity investment in mission-driven companies. After all, giving to a good cause is nice, but how about earning a little return on a good cause and cashing out later?

The new class of business would be required to report annually on its public benefit, whether general or specific, as each are allowed in the proposed language. The benefit may be the business itself, such as the work of the nonprofit Cookie Cart providing youth jobs and training, or may be allocating resources outside the core business, as in the for-profit (but privately held) Finnegan’s Ale. In theory, a public benefit corporation which fails to provide a report could be forced by the Secretary of State to revert back to a plain-old corporation, which isn’t much of a stick. A shareholder, however, could choose to pursue other remedies, such as removal of board members or receivership, which is a much bigger stick but can only come from a shareholder. Such a person will have to be mightily committed to the benefit cause to take the financial risks of suing their own investment for failure to be “benefity” enough.

The creation of such mechanisms raises the question: How often are Minnesota public companies sued for placing too much emphasis on doing good rather than increasing shareholder wealth? The answer of the experts in attendance at the Social Enterprise Alliance forum was … never. No one present was aware of any such suit.

Lynn Stout urges us to confront the accepted notion that traditional public corporations must put shareholder value above all else or be sued. Her book, The Shareholder Value Myth, urges us to do away with the thought that only nonprofits or special incorporations can – and should – do public good and long-term thinking. Consumers and change advocates of all stripes can ask for greater accountability from any enterprise, whatever its corporate lineage. In short, there should be no need for a special corporate status for companies wanting to do good.

There are other reasons to advocate for benefit corporations. B Corp promotes a set of uniform standards so the public can make choices about the kind of companies they want to support.  More than a dozen other states have benefit corporation laws (including Delaware, the nexus of corporate law) so Minnesota may want to have corresponding law to keep things smooth. Whatever choice an organization makes, it will still be up to the public to demand accountability. If any institution claims public benefit and doesn’t deliver – be it for-profit, nonprofit or other – it is up to informed consumers to take their dollars and donations to where they provide good values in every sense of the word.

Originally published at  the Good Counsel, the blog for Toscano Advisers